The increasing development worldwide is boosting the demands for multilingual talents. No matter what your field of study is, having a language skill boosts your chances of getting a high paying job.

So even you are not studying a foreign language full time getting some training in a highly in-demand language can really bring you great career benefits.

Till a few years back, there were not many places to learn a foreign language in India and the only option left was to join some full-time courses.

But now there is no need to join a full time program in an institute to learn a foreign language in India.

Internet has more than enough resources for you to start learning today. A lot of websites, apps and useful sites are providing free language learning lessons.

Language learning has a lot of benefits too and some can be listed below: -

Yes, language learning has a lot of more benefits than mentioned above. Also, understanding of your own language will increase more once you start learning a foreign language.

Obviously choosing any foreign language randomly is not a good idea. You should carefully analyze the score and career prospects as well as the difficulty level and your own interest.

Here, I am listing Top six highest paid foreign languages to learn in India that are always in high demand.

Our previous article focused on the top three east Asian language that are highly paid but there are some other European languages are well which are highly popular in India.

About 1.3 billion people (approximately 16% of the world population ) speak a variety of Chinese dialects as their first language. Chinese is spoken in many dialects but, the five most popular and mostly spoken dialects are - Cantonese, Hunanese, Hakka, Shanghainese, Mandarin and Taiwanese. In India, Mandarin is taught at most places.

China and India have a very historical relationship of trade and business, so, Chinese language is one of the oldest languages taught in Indian universities.

China was always hungry for growth and has always wanted to be a superpower. Its import and export business in India is very famous, and a lot of Chinese products are still used here.

Thus, the business needed a lot of Indian people to work in the Chinese manufacturing companies and many rich people of India wanted to invest in Chinese products and markets.

This marked the need of Learning Chinese language by Indians for plenty of opportunities and job requirements.

Chinese language was taught in many prestigious Universities of India like Delhi University or Jawaharlal Nehru University.

It was the most trending and most learned foreign language in India other than English back then and even now it’s demand has not at all decreased. To start a new language learning journey –

While researching keep a few things in mind which is,  the entire curriculum's structure, fees, installments, instructors, materials, duration, extra activities and feedback is must.

A few sources to learn Chinese from scratch is:

Korean language has gained popularity at the fastest speed in last few years and currently it’s one of the most popular and in-demand languages not only job and career-wise but also due to its music, movies and drama.

In 21st century The India-Korea relationship is growing much more stronger and productive. Both the countries are supporting and cooperating very well mutually.

One of the most astonishing fact of Korea is that, The current population is approximately 6 million and it has become the 12th largest economy in the world. It is estimated that there are 78 million Korean speakers.

The Hallyu wave, pop culture and dramas have impressed almost each part of Indian youth and people are more interested to visit, work and explore Korea specially during the pandemic.

First step for anyone interested in studying, working or living in Korea should to learn the Korean language. You can learn Korean through self-study, you can join a full-time Korean language program or you can also choose a middle ground and choose a part time course that helps you get TOPIK certification.

Learning Korean language has huge career benefits. You can get jobs in the Korean companies (Samsung, LG, Hyundai, Posco, Kia Motors etc.) in India or even in multinational companies like Google, Microsoft, Oracle that have businesses in Korea. Now a days service sector companies like TCS, Infosys etc. are also hiring Korean language translators and interpreters. You can also make career in the travel and tourism industry, work as a freelance translator or even start your own business (import-export and so on). The salaries in the Koran language field are really attractive and it's really a great language skill to have on your resume.

But, everyone can’t get enrolled in an Korean university and depending upon the age group and time management everyone can’t get access to paid curriculums. There are certain ways in which time can be consumed and learning can be beneficial.

Japanese is also one of the highly paid foreign language skills in India. As you must already be aware, Japan is a super developed, extra honest and extra magnificent nation. Japan faces many cyclones, earthquakes, tsunamis and tornadoes each year  but after each suffering they start their new beginning .

Yes, their country and people are designed in such way and that’s why today Japanese culture has gained a lot of respect for their extra ordinary technology.

Yes, Japanese like Korean and Chinese is also one of the most learned languages in world and Indians are too showing interest from past few years in this language.

The booming economy of these Asian countries have made its language most popular and their demand is increasing day by day significantly. Japanese is also thought in the institutions like:

This beautiful Country of Europe has the capital Madrid which is Home to many Royal palace and Prado Museum. Thinking about Spain, the first thing which comes to my mind as a Bollywood movie lover is Hritik Roshan, Farhan Akhtar and Ajay deol starer  “Zindagi Na Milegi Dobara”, where the famous Spanish tomato festival, i.e., La Tomatina is filmed on the song “Ik Junoon” .

The festival promotes entertainment and happiness and allows only use of oranges. There are total 572 Million Spanish speakers in the world out of which 477 million are native, according to the report from Spanish Governments Cervantes Institute. Mexico has maximum Spanish speakers.

Spanish is also one of the trending European languages which was and is in demand. India has a number of good institutions which provides Spanish language curriculum. The few to be named are:-

It is one of the most widely spoken native languages in Europe. It is the western European country with many landscape, forests, river, mountains and beaches. The capital, Berlin is home to art and night life scene.

Germany is famous for its bread, bear, sausages, castles etc. German is one of the most highest paid languages globally. About 185 million people speak German worldwide.

In 2019 data revealed that nearly 25000 Indian students were enrolled to German universities. In 2020 around 15 lakh people started learning German as the additional foreign languages for their respective career and job opportunities.

Working for Indians in Germany is not difficult as Germany has maximum people who speak English and in schools their English is taught since earlier classes.

Goethe – Institut : It is the culture Institute of the Federal republic of

Germany with global reach. It has a wide network of Goethe – Institut, Goethe – zentrums and exam centers. It promotes German language learning abroad.

There are about 300 million French speakers spread around the world and in nearly 30 countries French is an official language either by practice or by law.

In India Puducherry was officially known as the place where there were a lot of French speakers. In order to get a degree in France you need to know basic French for survival and a perfect stay however there are over 1400 higher education programs in English offered in English in the universities their.

Thinking about France what comes in mind is the Eiffel Tower, French love cheese, Croissants, historical monuments and love protests. France is one of the top two producers of wine after competing with Italy.

Paris is one of the world's fashion capital it has many shows, fashion fests, ramp walks and fashion events performed on weekly basis.

Thus, learning a language is fun, challenging, demanding but at the same time a lot more beneficial than imagined. Start your journey today as where there is a will there is a way.

If you have any suggestions or questions. Comment down below. 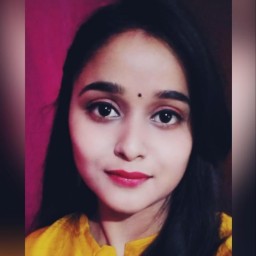