Ever felt stuck while answering or even asking questions in Korean? Ever felt scared to use any level of speech while talking to a native in Korean? Don’t worry now, as we have got you covered! Here are different introductory questions and answers in Korean with different versions.

So let’s get into it!

This question is fairly considered easier, but it’s still better to learn the formal or honorific levels for this one.

It is the true bookish way to ask somebody’s name. Wherein, 이름 is the name, while 뭐 is what? and lastly, the 예요 is the to be, is/am/are.

Now, this can be considered an honorific version to start a conversation as it is much politer than the upper one and perfect when talking or getting to know strangers.

어떻게 is how, while 되세요 is to become.

Now let’s look at the answers.

This is a plain version of telling your name.

If the noun is ending with a consonant (known as 받침 in Korean), add – 이에요 & if ending with a vowel, add – 예요. So the format goes like 저는 (이름)이에요/예요.

It is the same as the above one, just a bit politer version.

It is just another way of answering as it means My name is (your name).

Herein, 제 is My, that’s the only knowledge we didn’t have.

In the Korean language, you can ask this particular question in 2 ways. Let’s see both of them!

As 직업 is a profession or occupation and 뭐 is what? So you can directly ask somebody like this. Or as learned above, we can even say 직업이 어떻게 되세요? This one will be much better considering the honorific level.

뭐 하세요? Is the honorific version of 뭐 해요? Which means What are you doing?

Though this is one way of catching up with somebody, however, you cannot use this speech with your peers as it will sound really awkward. For that, stick to 뭐 해요.

This is just another nicer and more politer way of asking What do you do? Or What is your profession?

Now the format to answer is going to be simple as the above ones. At the place of 직업, just add your profession, and make a sentence.

Example: I am a Korean language teacher.

In a lot of cultures, asking this question is considered extremely rude and disrespectful. However, in South Korea, it’s completely the opposite. They will very freely ask your age. It’s not because they want to be disrespectful, but they want to know a certain age in order to decide which speech they’d use to talk to you.

몇 is What?/How many? And this will always be used with or for numbers, so this is what is different from 뭐 we had seen earlier. 살 is the counter for age and since it ends with a consonant, it will be 살이에요.

Hence, this question directly means What is your age?

This one means the same as the above one just a pinch of politeness is added by that 이세요. We would advise using this one instead of the above one.

나이 is age. 어떻게 되세요 as explained above is just how about or what about.

Here as well, you are asking for somebody’s age, and that too in the honorific version.

It’s the same as the above one, but even more honorific as it has 연세 which is the advanced version of 나이.

Now to answer just add your age to the bracket and there you go.

어느 is which, 나라 is a country, while 사람 in person, and since it ends with a consonant, it has 이에요 to it.

It altogether becomes Which country person are you? This is a bit weird at first, however, once you get hang of it, it will start making sense.

It indirectly means to ask you, Where are you from?

어디 is where, 에서 here is from, 왔어요? Is came. So it becomes Where did you come from?

This one is really simple. Just add the name of your country.

Example: I am from Canada.

The literal meaning will be I am a citizen of Canada.

Here as well just add the name of your country.

Example: I am from India.

It will literally mean that you are from India (in this case). You just have to add the name of the nation.

It’s a valid question native Korean can ask you. So, be ready with it.

It literally means Do you know how to speak Korean? People can ask you that in order to communicate easily.

You can simply reply with, 네 which is yes, 알아요 I know.

This means Can you speak Korean?

If you know, you can simply say, 네 yes, 할 수 있어요, I can do it. And here it will mean that you can speak Korean.

If you don’t know, learn the format by heart.

Now, what if you want to ask somebody if they can speak English? Just add 영어(를) to the 할 줄 알아요 pattern we have seen above. It will simply mean Do you know how to speak English? Or by the context it can also mean Can you speak English? 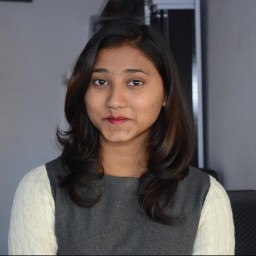 Akshita Agarkar graduated from Journalism and Mass Communication while working as a Freelance Content Writer. Currently, she is working with Learn Korean In India as a Content Manager and a Teaching assistant. She is a Korean linguist and culture enthusiast who loves to read linguistics, listen to old-school music, and jam on it.