Hangeul, the alphabet of  Korean language, is one of the easiest language scripts to learn.

It has one of the most scientific and logical writing and phonetic systems.

Hangeul is so easy that one can easily learn to read and write Hangeul in 1 hour.

Especially for Indian learners, it is much more easier as Indian languages have almost all the sounds of Korean language.

Moreover, Hangeul characters are much easier to write than our Indian scripts. It’s mostly made up of straight lines.

So without further ado, let’s dive in and learn the beautiful Hangeul script of Korean language.

Most of the characters are made of straight lines and are very easy to write.

You can follow the below video lessons in a sequence and within an hour, you will be able to read and write Korean language script.

So let’s start with the first lesson:

Great! So you have learned the simple consonants.

Now let’s quickly learn the 5 double Hangul consonants with the below video lesson.

That was pretty easy, right?

Wow! You have made amazing progress. You have already learned all the consonants of Hangeul.

Obviously, you would need more practice to be able to read and write them quickly but still, you have made impressive progress.

Now let’s start learning Korean vowels. They are much easier to learn than consonants.

Great! Now we have the last lesson of Hangul – Complex vowels.

Congratulations! You have reached a very important milestone in your Korean language learning journey.

Now that you have learned how to read and write Korean script Hangeul, you are ready to proceed to the next step in your Korean language journey.

Now the next step in your journey will depend on your goals and learning styles.

If you want to learn just some very basic Korean because you love Korean Music or drama or the culture of Korea in general, you don’t need to go through an intensive and in-depth course.

A basic course that explains the basic Korean grammar and everyday phrases should be more than enough for you.

If you are such a learner, I would advise you to either follow my lessons on my YouTube channel or take my Korean language course on Udemy.

But if you are really serious about Korea and Korean language and want to study or work in Korea in future then I would not advise you to learn through YouTube or Udemy.

If you plan to use your Korean language skills to be able to understand Korean songs or drama or if you want to use to enhance your career, then you need to do a more intensive and systematic course.

If you are such a Korean language learner, I would highly advise you to enroll in our Certificate Course in Korean Language.

This is the first Korean language course of its kind in India and our first two batches were full within 48 hours.

This course is conducted live and provides you the opportunity to do a lot of speaking and listening activities.

You are given all the study material, you get the recordings of all the classes so that you can watch them as many times as you want.

You are given assignments after every class and all your work is checked by the instructor and you receive feedback on it.

You can check more details about the course on the Course Page but I would like to tell you that this course is more in-depth and effective than many full-time Korean language courses of universities and institutes in India.

So, keep checking the course page and register when the next batch is started. 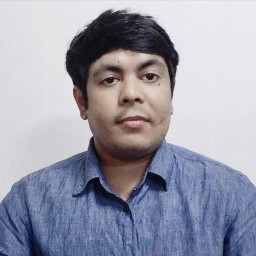 Where to learn German in India

Where to learn German in India